Vasireddy Venkatadri Institute of Technology has Inaugurated VIVA VVIT 2017-18, ASHRAJAN a two day National Level Technical and Cultural Youth Festival from 21st and 22nd December 2017, at its campus s in Nambur. This fest is one of the distinctive youth festivals held in the newly formed state of Andhra Pradesh, as it is exclusively organized by the students. 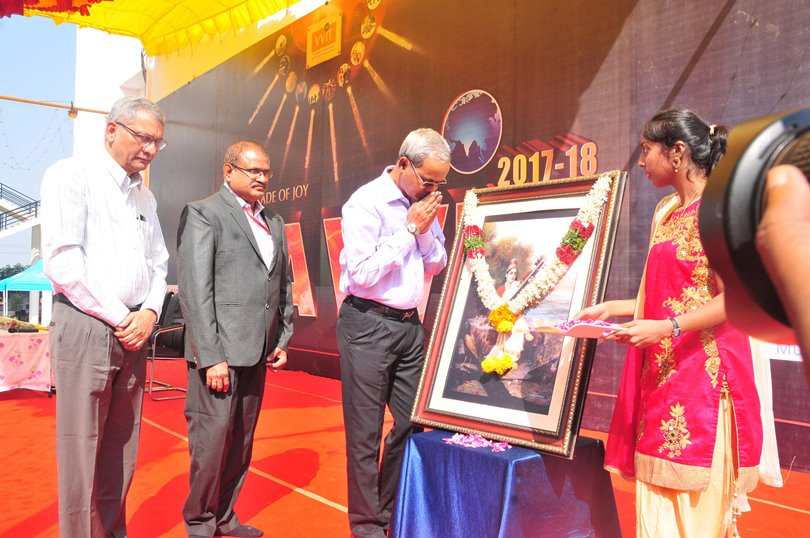 In the small hours the Inaugural Programme started with the Lamp Lightening by Sri K. Rama Chandra Murthy, Editor in Chief, Sakshi as  Chief Guest accompanied by the higher authorities of the college Sri V.Vidya Sagar, Chairman; Sri Badri Prasad, Secretary; Dr.Y.Mallikharjuna Reddy, Principal. A large number of students from various reputed colleges far and near participated eagerly and showcased their innate talents.Speaking to the audience Mr Murthy affirmed that it was a platform where students can exchange their know-how about the recent developments in and around the world. He stressed on the significance of competence in the present society. He asserted that students must be habituated to do hard work to achieve any goal in the competitive scenario. Murthy also requested the parents to encourage their children to reach heights in future. He reminded his previous career opportunities in his life and how he became a journalist with passion. Murthy envisaged that focus is very important in life to achieve success. He enlightened them to follow questioning method. He also applauded the college Management for motivating the students in co curricular activities on par with curricular. 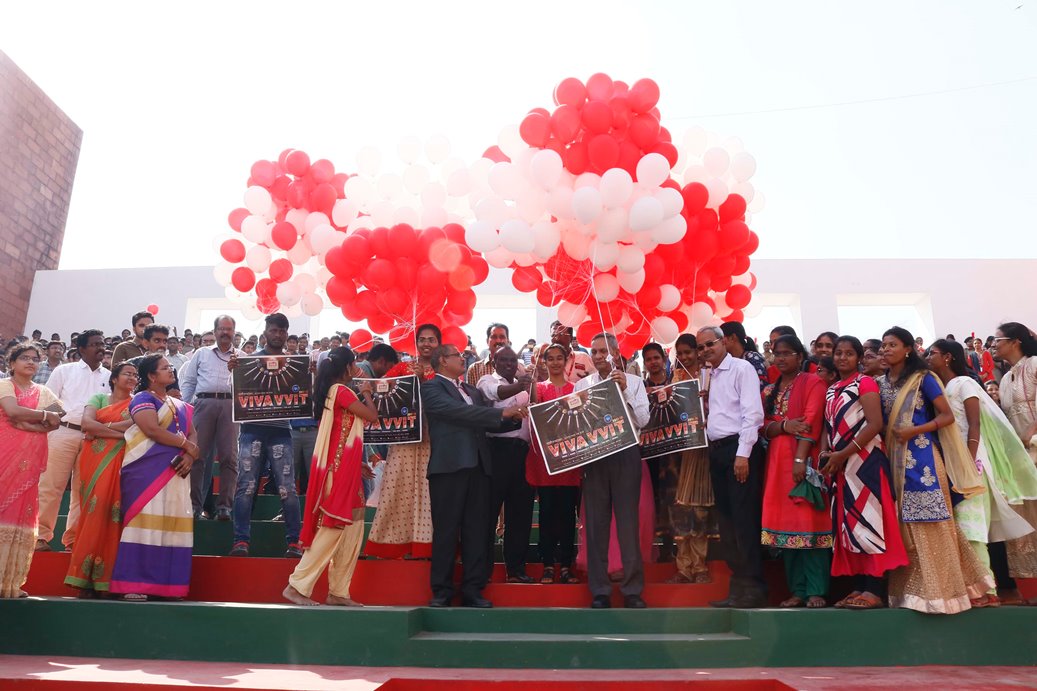 Sri  V.Vidya Sagar, Chairman VVIT congratulated the SAC team on their commendable efforts in organizing VIVA VVIT 2017-18 a two day National Level Fest in a an exuberant manner. He stated that the fests will revolutionize the current trends to uplift the students’ educational energy in engineering and technologyDr.Y.Mallikarjuna Reddy, Principal of VVIT appreciated the efforts of SAC for bringing the students and participants on this platform enabling them to exchange their ideas and showing their talents.Dr.N.Kumara Swamy , Dean, Academics also echoed the voice appreciation on this fest. More than 10,000 students registered and participated in diverse activities. 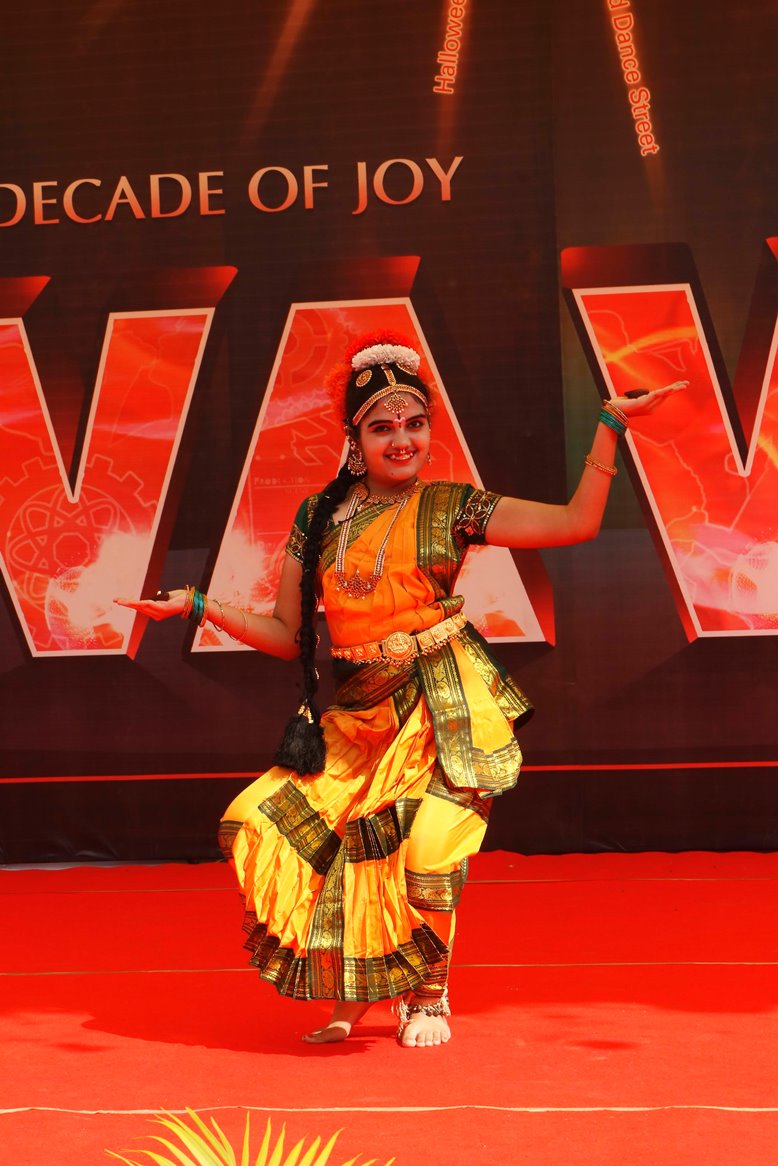 Mr. S. Naveen, SAC President  while speaking to the Press, informed that VVIT has been conducting this VIVA VVIT youth festival since 2008 and this time they had done it with more dynamism  than ever owing 10 events under the banner of ASHTRAGEN .SAC team thanked the Management of VVIT for believing them and giving all the autonomy to organize this VIVA-VVIT-2017, ASHTRAGEN.On 22nd for the Second day  Inauguration of VIVA-VVIT 2K17-18 ASHTRAGEN, distinguished personalities Mr L. Sri Krishna Deva Rayalu, Vice-Chairman of VIFSTR, Professor KVSG Murali Krishna, Principal, University College of Engineering, JNTUK, Narsarao Pet and  Mr. M. Nageswara Rao,  Principal, Eenadu Journalism School as Guests  informed by the Mr.S.Naveen, President-SAC ,VVIT.

On 23-12-2017, VVIT Anniversary is to be organized to meet the primary stakeholders of the institute the parents, in a more grandeur way this time as it forms the 10th Anniversary since the inception of this institute. The sources informed that Sri Bobby, Director of Telugu blockbuster hit movie JAI LAVAKUSA is invited as a Chief Guest.With vote of thanks the first day of the two day fest ended in the midst reverberation of elation of all participants including the delegates. 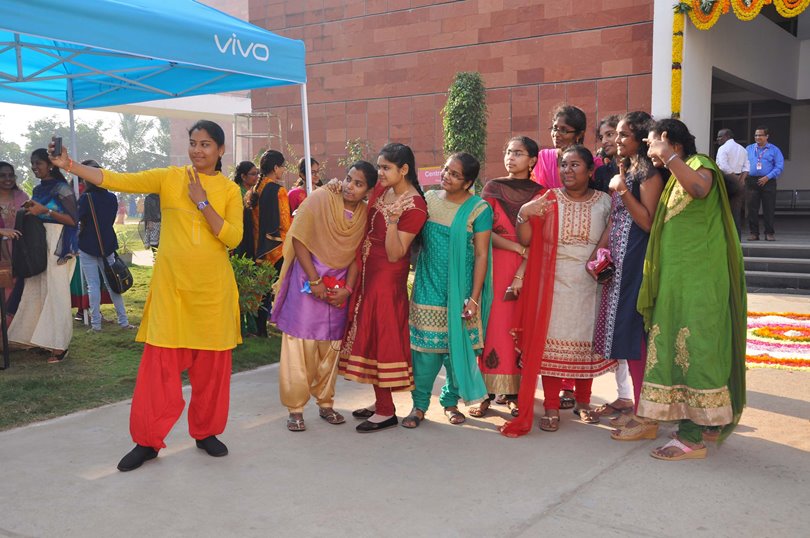 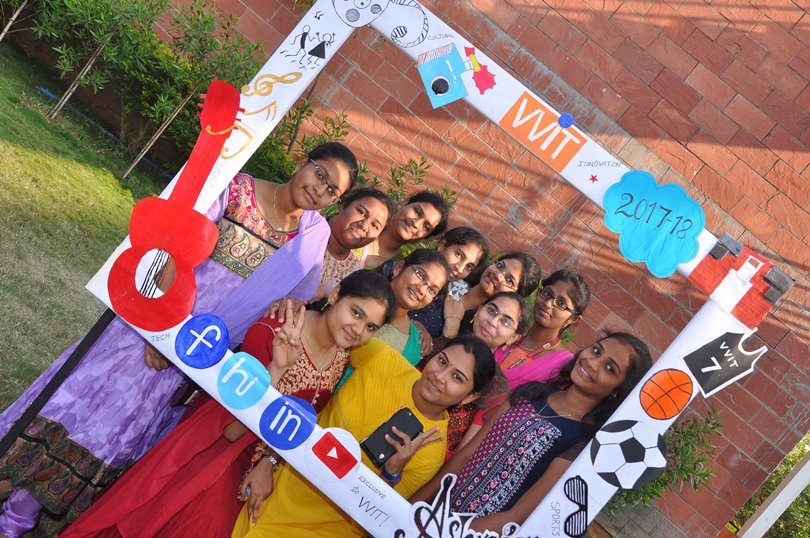 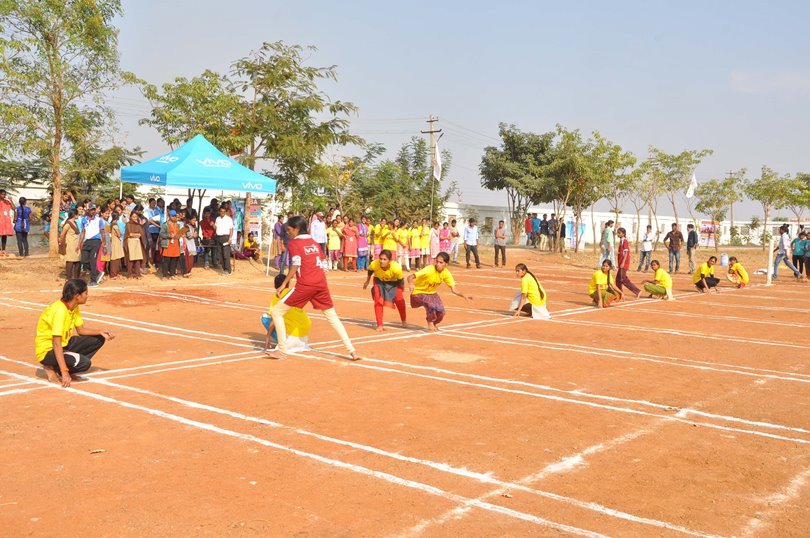 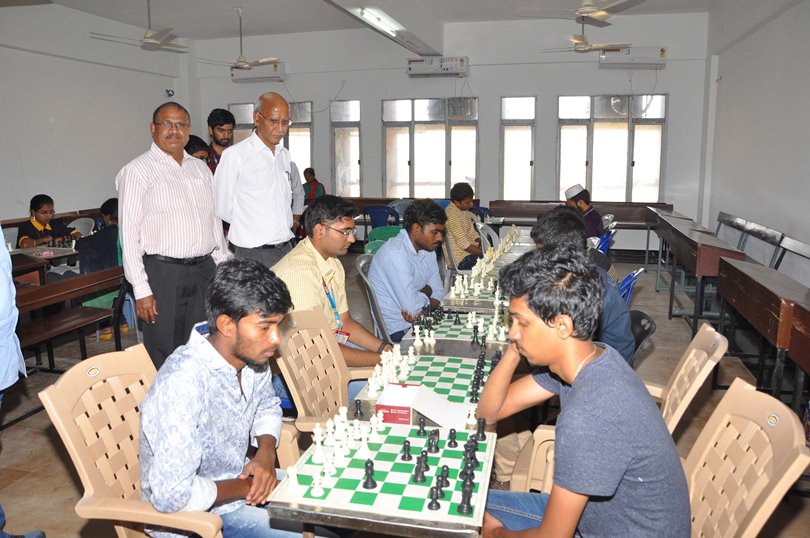 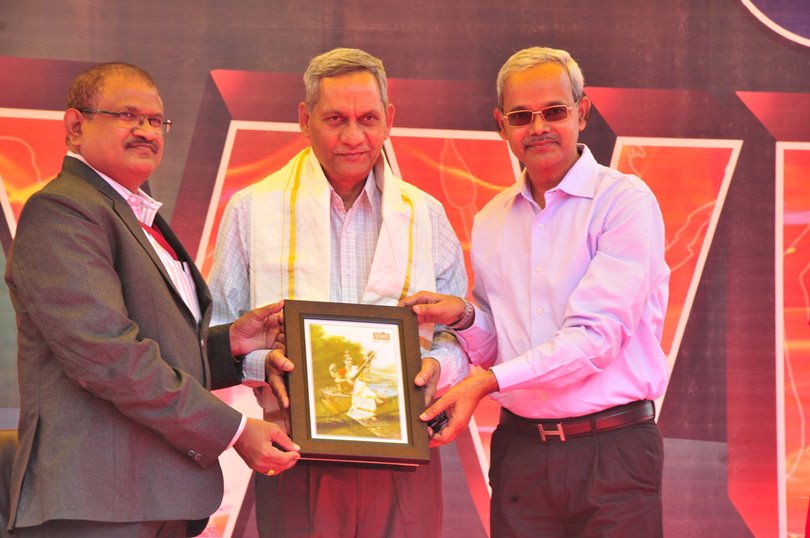 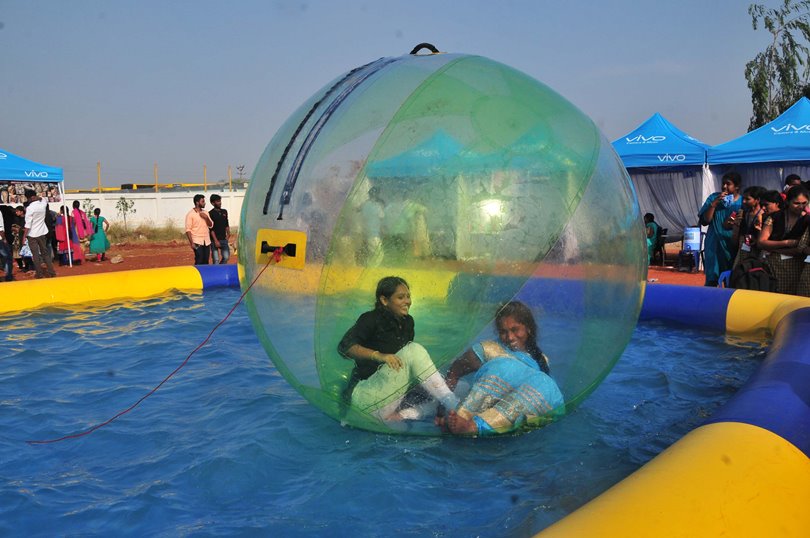 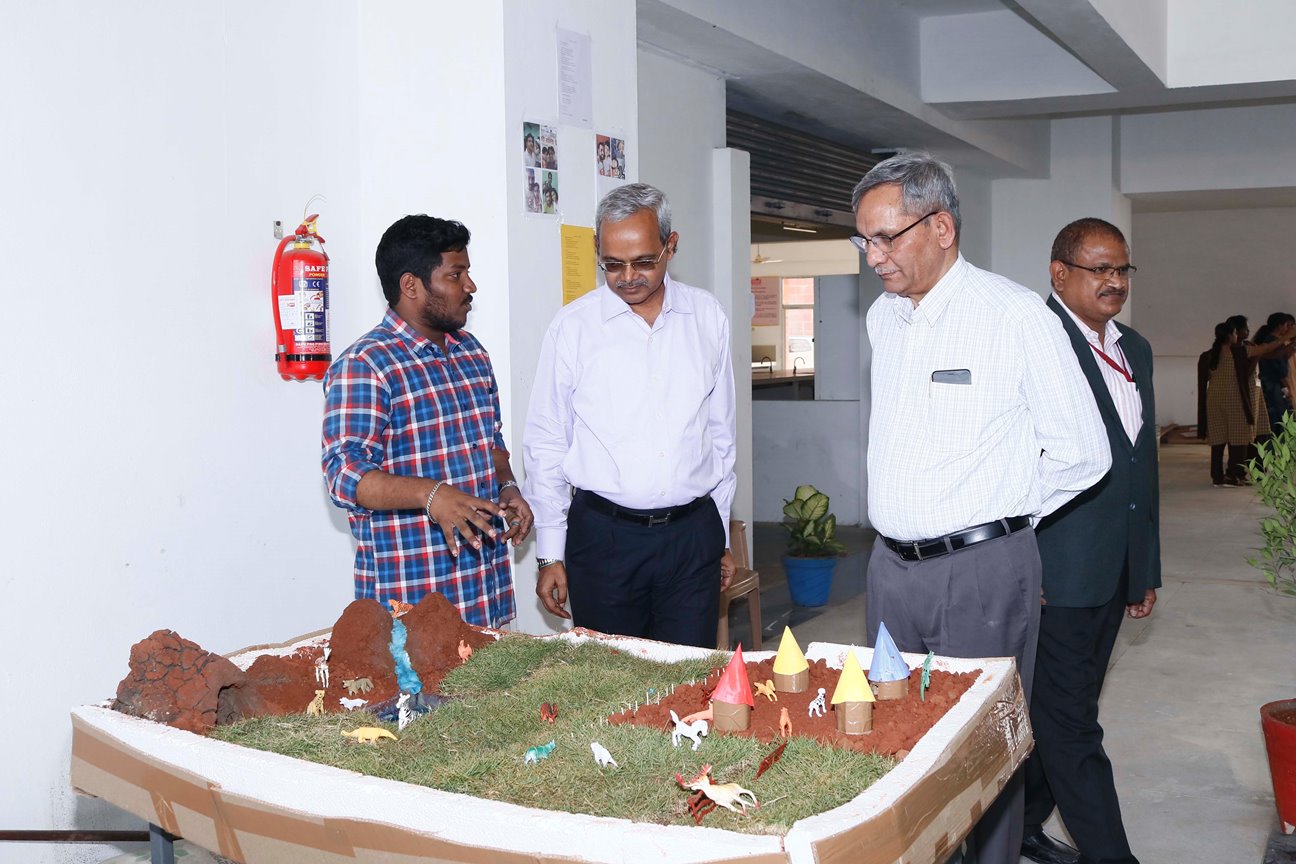