“RX100…!” the upcoming telugu film starring Kartikeya and Payal Rajput, directed by a debutante, Ajay Bhupathi visited Vasireddy Venkatadri Institute of Technology today  i.e , 30.06.2018 for its promotion which is going to be released on 12th  July 2018. The theatre club of the college welcomed grandly the team of the movie to the Open Auditorium. A song by music club also impressed the team of the movie and received gifts from the movie team. 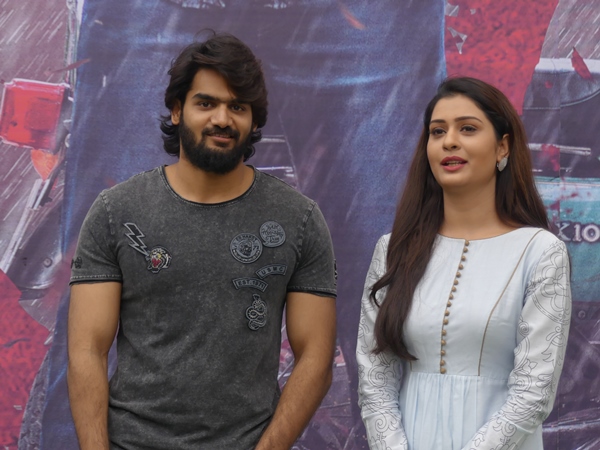 The title of RX 100 is taken from the name of the trendy Yamaha bike of the 70s. The trailer of this film was released online recently and has received some glowing reply from the film fraternity and public. The movie centres on a love story, which leads to violence. 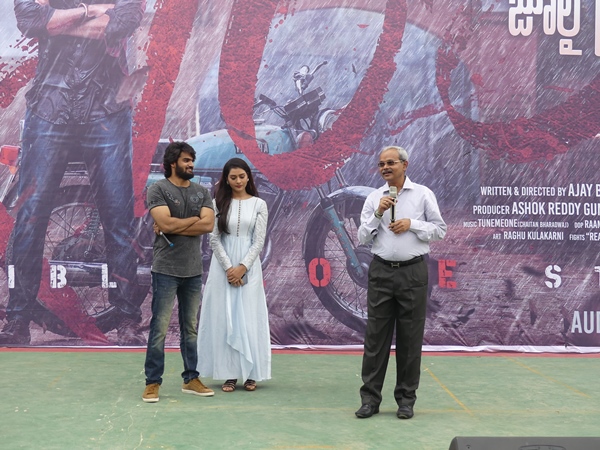 Karthikeya, Hero and Rajput, Heroine, who played a cute couple role in the movie, interacted with the students and received much applause from them. The programme ran as a questionnaire with joyful replies given both by the hero and heroine. “I am happy to visit VVIT for my debut for its promotion.  I am privileged to receive the support given by the students and management” he said. He also promised that this film will stand as good movie in the industry and make the audience feel happy. Though out his speech he encouraged the students to interact with him and revealed that he is the alumni of NIT Warangal. He also presented some special gifts to the students who have interacted with him. Karthik reminisced his college times while witnessing the fresh faces of students.

Actress Payal Rajput was elated by the beautiful gathering and mesmerized with her speech. She also thanked the entire Telugu industry for giving unforgetful encouragement to finish the movie smoothly. She also commended the support of the co star Mr Karthikeya. 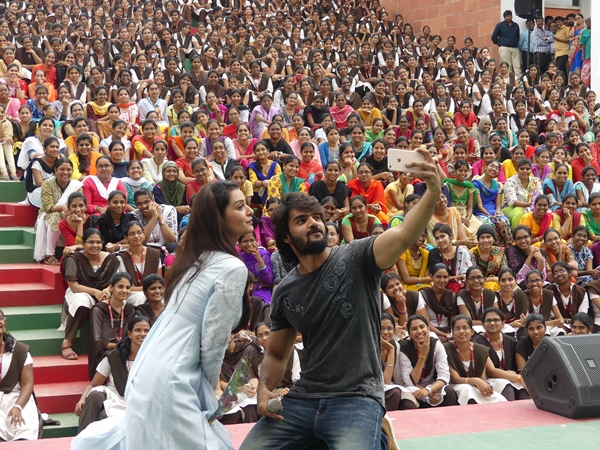 Karthikeya thanked the students for showing their support. He wished them good luck in studies. He asked students to give utmost importance to education, which he said will play a crucial role in building any kind of career. They urged the students to enjoy the movie on the big screen.  The team also believed that VVIT is a lucky platform for the movie promotions and strongly expecting that they will appear again in the same venue for their success meet.

Sri V. Vidya Sagar, Chairman in his speech asked the audience to bless the new couple especially Karthikeya for his debut in the industry.
At the end the Hero and Heroine have taken selfies and happily mingled with the students.