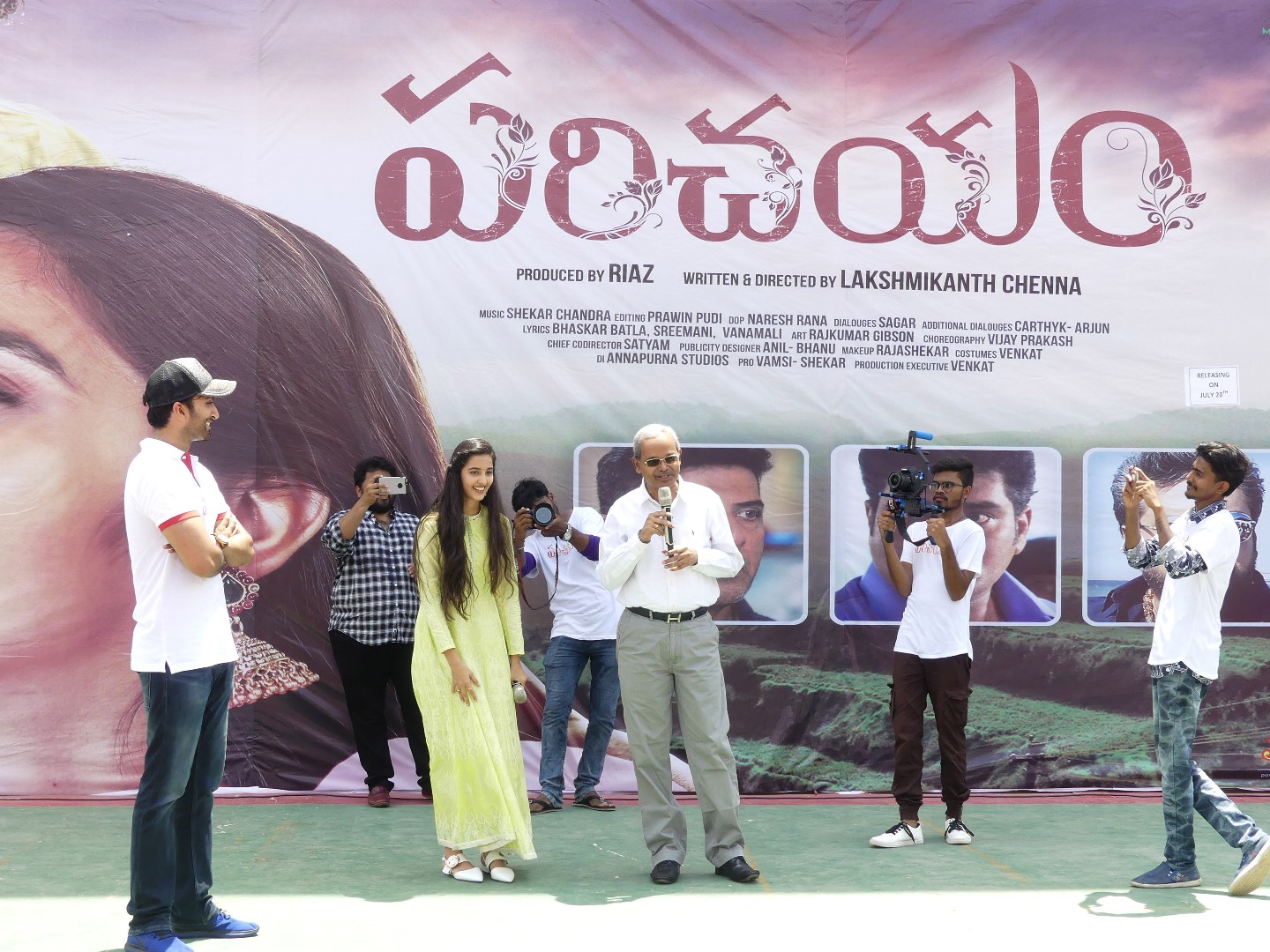 Sri Lakshmikanth Chenna, of “Hyderabadi Nawaabs” fame, written and directed the film Parichayam, inspired by a real story. The film Unit officially launched the movie’s third song ( the melody number) by the golden hands of Sri Vidya Sagar amidst the excitement of all enthusiastic audience. The unit said that the film is going to be released on 24th November 2018. The movie team reminded that the First Song was launched by Hero Nani, Second Song by Hero Sarvand. 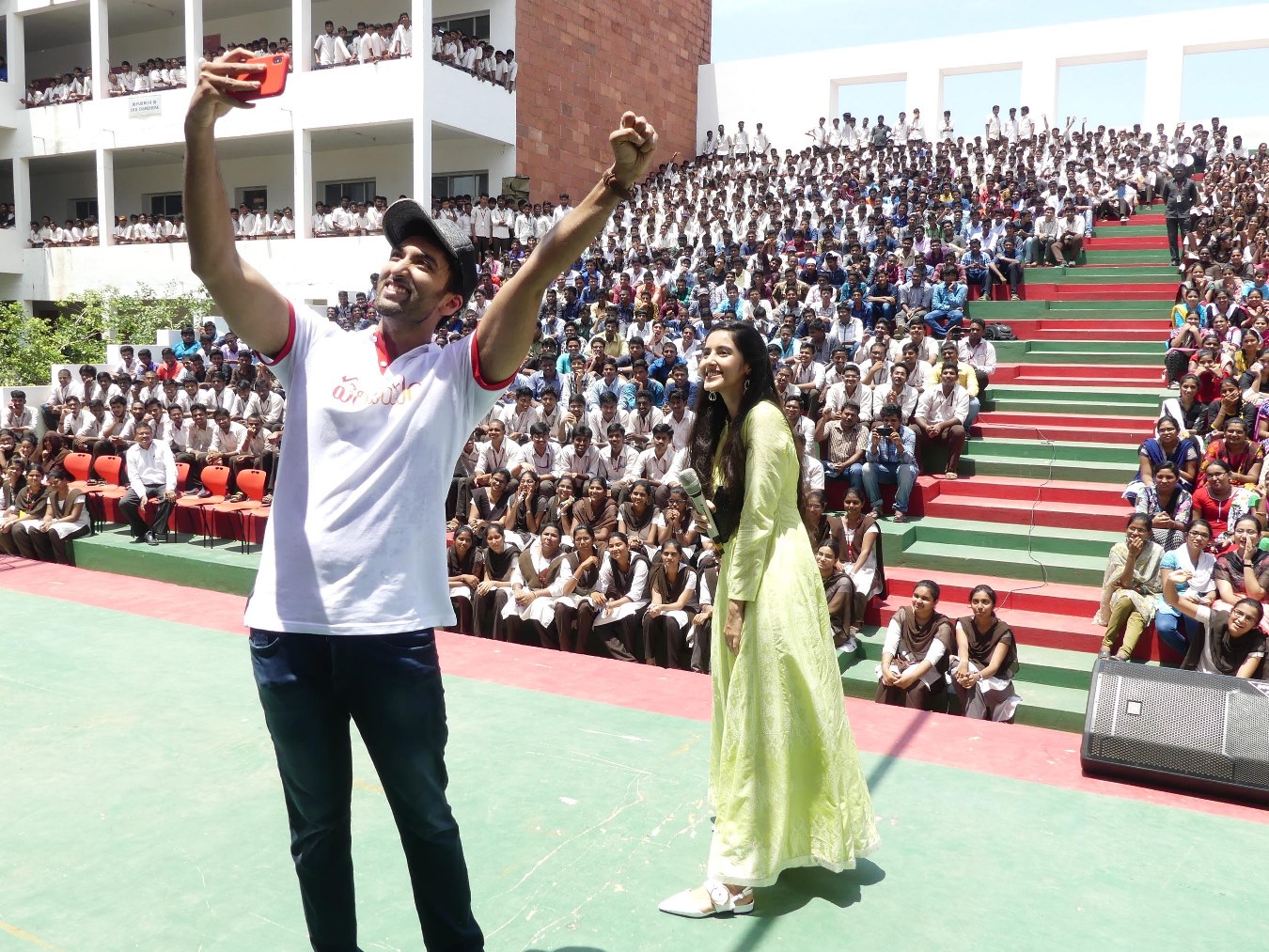 The movie centres on a romantic pure & fresh love story. The hero-heroin pair appeared to be seen in characters that brim with hope and revel each other’s abiding love. As revealed by the director, the movie revolves around the catharsis that happens between the lovers and followed by its pathos, that was handled in a novel style by him.

Virat and Simrat who played the cute couple role in the movie, interacted with the students and received much applause from them. Actress Simrat was elated by the beautiful gathering and mesmerized with her speech. She also thanked the entire Telugu industry for giving unforgetful encouragement to finish the movie smoothly. Virat thanked the students for showing their support. He wished them good luck in studies. He asked students to give utmost importance to education, which he said will play a crucial role in building any kind of career.

The music director of the film Sekhar Chandra, enthralled the audience with his melodious numbers. Film starts Sijju, Rajiv Kanakala, Pruthvi Raj, Paruchuri Venkateswara Rao, Rahul Ramakrishna , ‘ee rojullo” Sai, Koteswara Rao,Padmaja Lanka, Parvathi are the part of this movie.
They urged the students to enjoy the movie on the big screen.  The team also believed that VVIT is a lucky platform for the movie promotions and strongly expecting that they will appear again in the same venue for their success meet.

Sri V. Vidya Sagar, Chairman in his speech asked the audience to bless the new couple especially Virat for his debut in the industry. At the end the Hero and Heroine have taken selfies and happily mingled with the students.