Krishna Chaitanya gets invitation to participate in Wikimania-2018, South Africa

Mr. Krishna Chaitanya Velaga, a final year Mechanical Engineering student of Vasireddy Venkatadri Institute of Technology, Nambur, was awarded a full scholarship by Wikimedia Foundation (USA), to attend Wikimania 2018 in Cape Town, South Africa. This scholarship will cover all the expenses for Mr. Krishna Chaitanya’s participation in Wikimania, which is to be held 18-22 July 2018 in Cape Town. This event is an annual and international event that brings together nearly 1000 Wikimedians from around the world in order to determine the future strategy of Wikipedia and its sister projects. 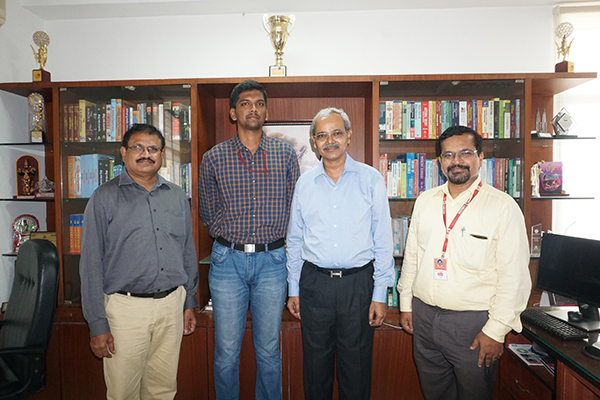 VVIT Principal Dr.Y.Mallikarjuna Reddy congratulated Mr. Krishna Chaitanya upon his achievement and expressed that the mission and vision of VVIT are providentially in line with the holy intentions of this kind of global movements as Wikimedia movement.

The entire event is endorsed by Department of Information Sciences, University of Cape Town; and is making the necessary arrangements.