Gandhi Remembered on his Death Anniversary 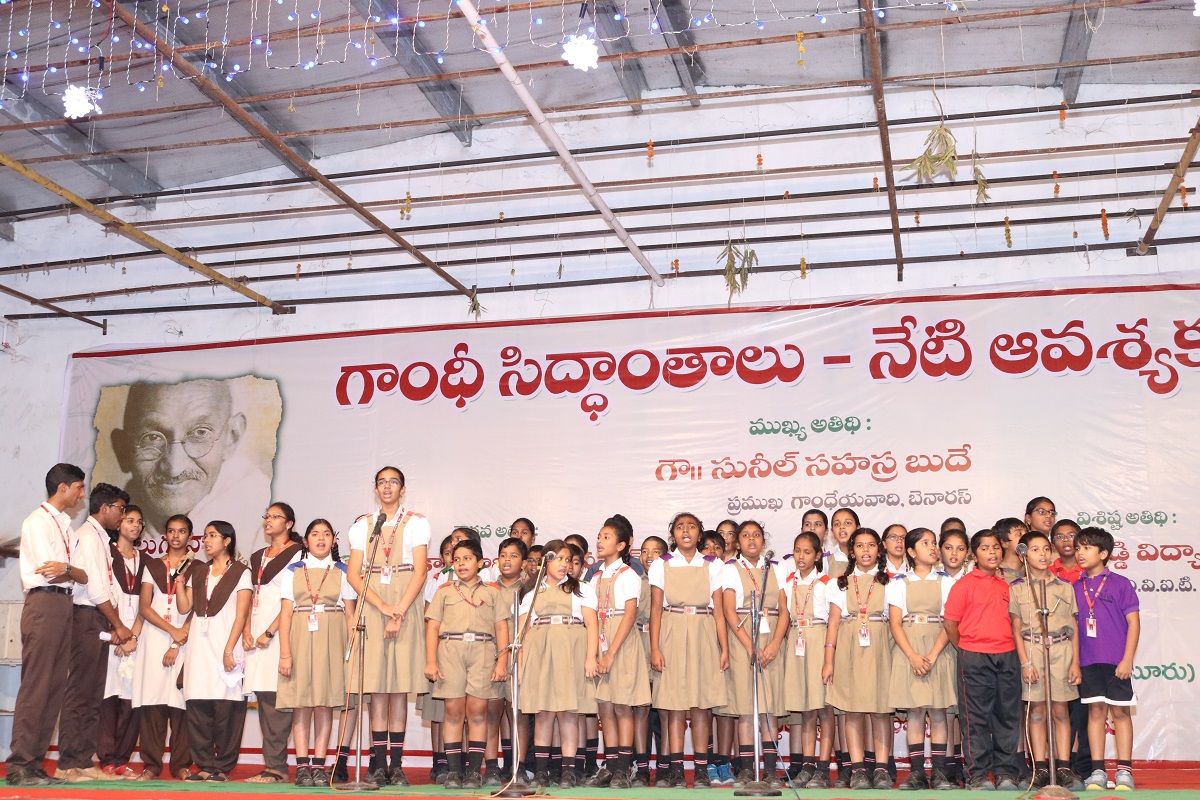 Prof.A.Subramanyam has presided over the discussions, and Gandhian Sri Sunil Sahasra Bude is the Chief Guest, Sri Dokka Manikya Vara Prasad, Member of A.P.Legislative Council is the Guest of Honour and  Sri Vasireddy Vidyasagar, Chairman, Vasireddy Venkatadri Institute of Technology, Nambur is the Special Guest. In this Programme, the students have been advised about the need on the principles of Gandhiji and the things that have to be learned from Gandhi way of life have been informed to the students.  Speaking on this occasion, Sri V.Vidyasagar has said that students by following Gandhi’s way of life, can create wonders and for several problems faced by them they will get solutions if they go through Gandhi’s life history.  He has also advised students to follow the Gandhi route and the consumption of domestic goods is also Mr.Gandhi’s route. 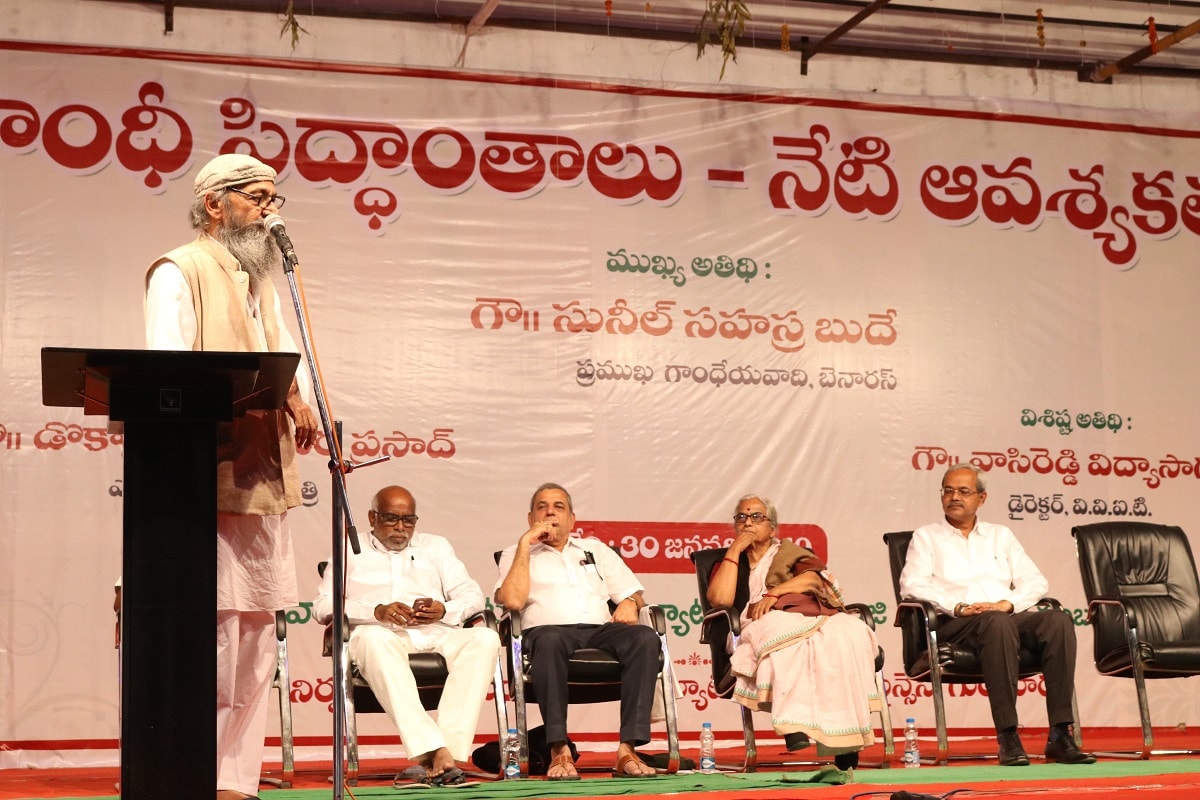 Sri Dokka Manikya Varaprasad has informed that Sri Gandhi had made more number of speeches than any other political leader made.  He also has said that the society and the families will immensely be benefitted if they follow Mr.Gandhi’s route.  He has also advised that the society can go forward only if the Gandhi’s principles are followed by all of us.  He has also advised that  peace can be obtained  if Gandhi’s principles are followed. 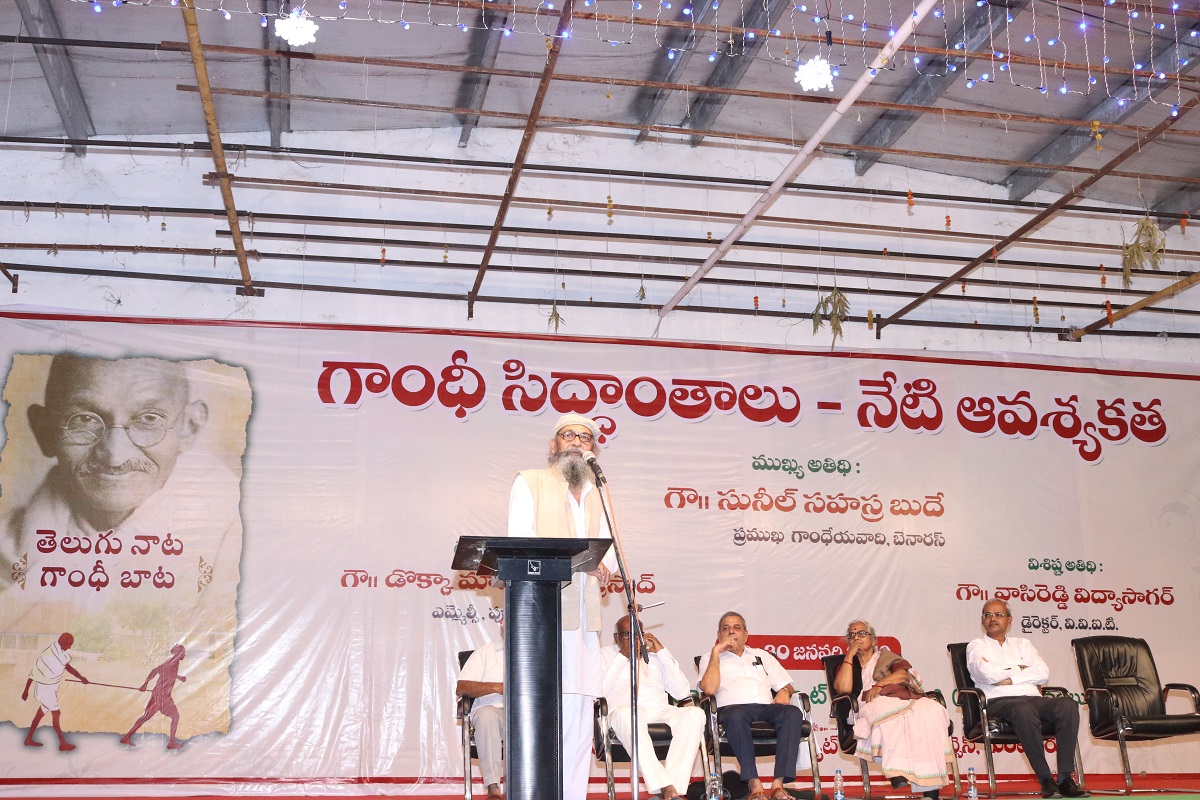 Speaking on this occasion, the Chief Guest Sri Sunil Sahasra Budhe has said that the thoughts of Mr.Gandhi can be learned from the books written by him and they would help the students in the personality development and discipline.  One has to understand the problems and pains of others the way Mr.Gandhi had understood them. Mr.Gandhi’s principles had made him a great leader.  No other leader has introduced the movements like march like Mr.Gandhi did.  Mr.Gandhi had shown solutions for any problem.  Mr.Gandhi was a genius and had introduced new methods as per the changed times.  He has also said that goods should be produced using native knowledge.  He has also advised that we all should promote nationalism as dreamt by Mr.Gandhi.  He has also advised that we all should follow the egalitarian society as believed by Mr.Gandhi.

He also said that Mr.Gandhi had preached that knowledge without personality, business without values and life without humanity are not to be followed by people.