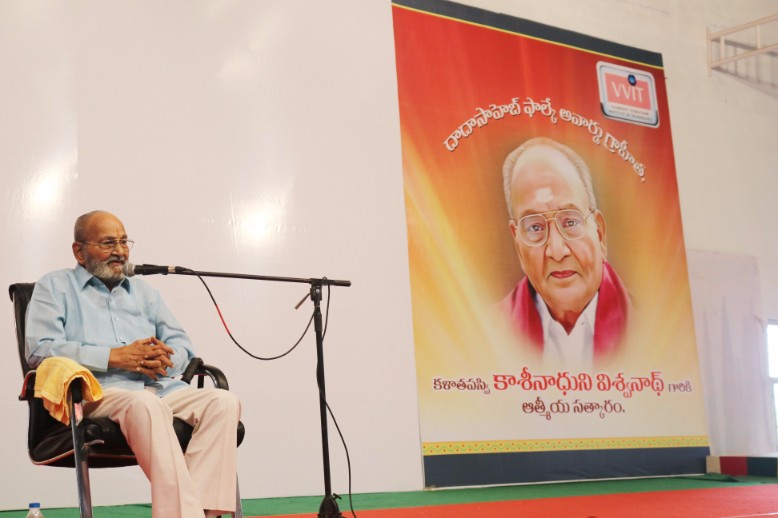 Sri Vasireddy Vidyasagar, said that watching the movie with its director's presence has given him great pleasure. The Chairman of VVIT, Sri Sagar, Principal, Faculty and students felicitated the Legendary Director Sri Viswanadh by submitting their prostrations as a token of deep hearted respect. The entire event is organized by the Movie Appreciation Club of VVIT and its thrilling experience to the students. 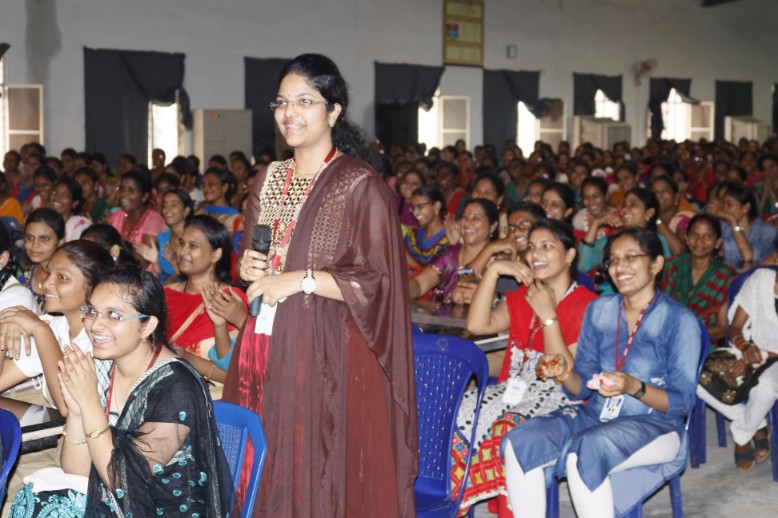 Thanking the VVIT'ians for their felicitation Director Viswanath, said that cinema like all other forms of business, should be guided by Social Consciousness. He said that producers are making movies on the model of recent successful movie, of them a handful of the movies are becoming hits. The famous director, ironically stated that '' Not watching the movies with less cinematic values, will pave the way for the production of better movies with more ethical and social values of Telugu Cinema must be protected as they influence many cinema-lovers indirectly or directly. He said that all the glory and love he is getting now is because of the movies he made. He also emphasized that the influence of actors on the society is very much there. But along with the proper guidance and responsibility of parents and other family members will drive the influence in right path. The enigmatic power and charisma of the cinema field made several cine people successful in different domains. 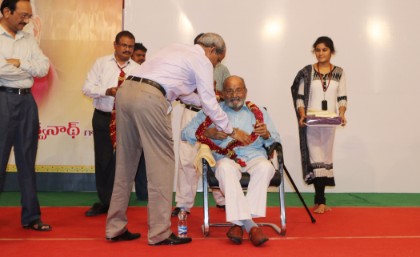 Sri Vasireddy Vidyasagar stated that recently few movies toppled the wrong notion of the people that those movies do not have much commercial success. Sri Vidyasagar happily stated that we all must be very proud that the wonderful personality Sri K.Viswanadh hailed from Guntur District. He also stated that the enormous hard work, absolute discipline, high standards and moral values of Sri Viswanadh and his life as a whole, is a dictionary for today's budding directors. 5000 students and management members of VIVA and VVIT participated in this mega event. 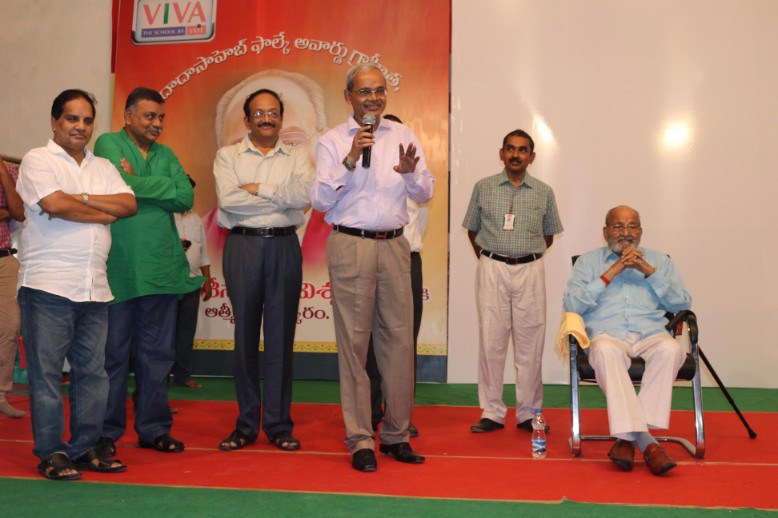